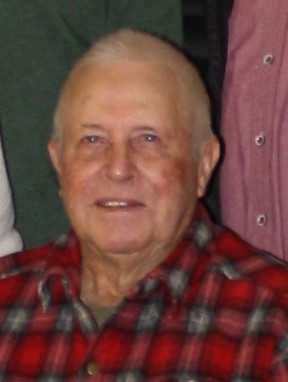 Eugene A. Schoepke, 84, of Varna Illinois, died on Sunday March 27, 2022 at his home surrounded by his family. Born in Streator Illinois on December 16, 1937 to the late Carl and Margaret (Ahlstrom) Schoepke, he married Janet Phillips on July 4, 1957 in Henry Illinois. She survives.

Eugene was raised on a farm and farmed his entire adult life. He took great pride in caring for his White Park cattle herd, one of a few in the state of Ilinois. Gene loved the outdoors, hunting, and fishing. He also had employment as a state grain inspector for Kankakee Grain Inspection at local elevators for many years. He served his country in the Air Force Reserves and was a member of American Legion post 254. He belonged to the Farm Bureau and St Paul’s Lutheran Church in Varna.

Cremation rites have been accorded and a private graveside service will be held at Salem Lutheran Cemetery #2 north of Varna at a later date.  Memorials can be made to Varna Fire and Ambulance Service. Online condolences can be left at lenzmemorialhome.com

To send flowers to the family or plant a tree in memory of Eugene A. Schoepke, please visit our floral store.

To send flowers to the family in memory of Eugene Schoepke, please visit our flower store.