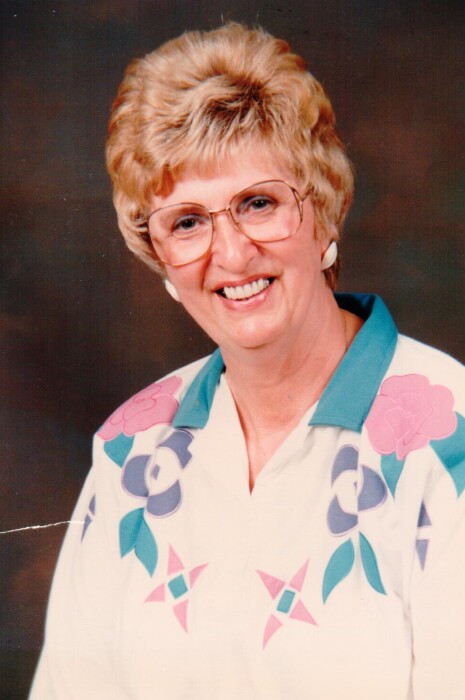 Marilyn A. Palm, 88, of Varna, Illinois, passed away from this life on September 13, 2021 at Heritage Health in Chillicothe, with her son Kevin at her side.

Marilyn was an operating room nurse at OSF Saint Francis Medical Center for 30 years, retiring in 1985. After retirement, she volunteered at OSF Center for Health and was honored as a “Senior Saint”. She was also involved in the Varna Women’s Club.

Marilyn loved music and sang for several years in the Grace Family Christmas in Peoria. A lover of bridge, she hosted and played many games over the years. Marilyn baked often, giving a treat to everyone, from her doctors and mail carrier to her family and friends. She was known for trying new recipes, “guinea pigs”, as she called them, but also for her classic cookies. She knitted stocking caps as

gifts for her family and friends, but also as donations to those in need. While watching her favorite show, Jeopardy, she would often have a knitting or cross-stitch project in her hands. She will be remembered for her funny idioms and the many meals and crafts she served to others.

Marilyn was an active member of the First Evangelical Lutheran Church in Varna, IL, where a funeral service will be held on Saturday September 18 at 11am with Pastor Richard Joyce officiating. Visitation will be held one hour prior to the service at the church. Burial will be in Salem Lutheran Cemetery #2 in rural Varna, Illinois.

The family wishes to thank Heritage Health and Traditions Hospice for the care they provided. In lieu of flowers, memorials may be made to First Evangelical Lutheran Church or Varna Ambulance. Online condolences may be left at lenzmemorialhome.com.

To send flowers to the family or plant a tree in memory of Marilyn A. Palm, please visit our floral store.

To send flowers to the family in memory of Marilyn Palm, please visit our flower store.