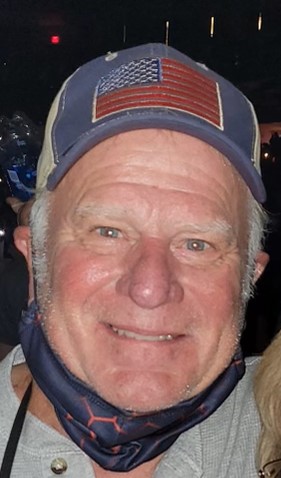 Richard A. Skinner Jr., 72, Varna Illinois, formerly Franklin Park, died on January 22, 2022 at his home. Born on January 12, 1950 to the late Richard and Clara (Terpstra) Skinner, he married Kathy Higgins in 1970 and they had three children. He was later with Luana “Tiny” Krumwiede and had two children. Tiny died in 2009. He then married Cathie Cook in 2019.

Most knew him as Dick. Dick joined the National Guard shortly after high school. Then at a young age he became involved in the family business Skinner Brothers GMC out of Franklin Park.  It’s there where Dick began a lifelong passion for cars, auto racing and autobody. Dick was an avid fan of auto racing that began with the Daytona Beach Skinner Brothers Racing team that his dad and uncle were involved in. When old enough Dick worked about every job possible in the family business from errand boy, mechanic to body man.  If it was broke or bent he wanted to fix it.  Skinner Brothers GMC split and became Skinner Brothers Autobody and moved to Bensenville.  He took an active leadership role and with his Dad and brothers and built a successful business.   Dick then started new again and moved to Varna where he began working with injection molding machines until his final occupation of partner in C & J’s lounge in Washburn.  When Dick was not busy with work he was involved with his kids’ sports.  He took a big interest in Hockey, from being a hockey parent to coach and manager at times.  Hockey wasn’t just his hobby but something he lived for and a way of life.  Taking both Shannon and David all over the Midwest to play.  He had two other sons Rick and Rob and grandsons Dylan and Caden and granddaughter Makayla who all played hockey.  Watching and participating in any way possible was his ultimate joy. If he could be anywhere is was always in a rink watching someone play.  Dick was also an avid gardener, just loved to have a big garden every summer.  He loved to sit down at the end of the day cook a big dinner and have a few beers and enjoy a nap or two.  He was the king of the “power nap”.  Dick’s other passions included watching or attending NASCAR races or local short tracks, fishing and had a love for animals.  All the dogs over the years brought him so much joy.

Funeral service for Richard will be held on January 29 at 11 AM at Lenz Memorial Home in Lacon with visitation held one hour prior to the service and on Friday Jan28 from 5-7pm. Burial will be in the Magnolia Cemetery. Memorials can be made to Calvary Bible church and online condolences can be left at lenzmemorialhome.com

To send flowers to the family or plant a tree in memory of Richard A. Skinner, please visit our floral store.

To send flowers to the family in memory of Richard Skinner, please visit our flower store.