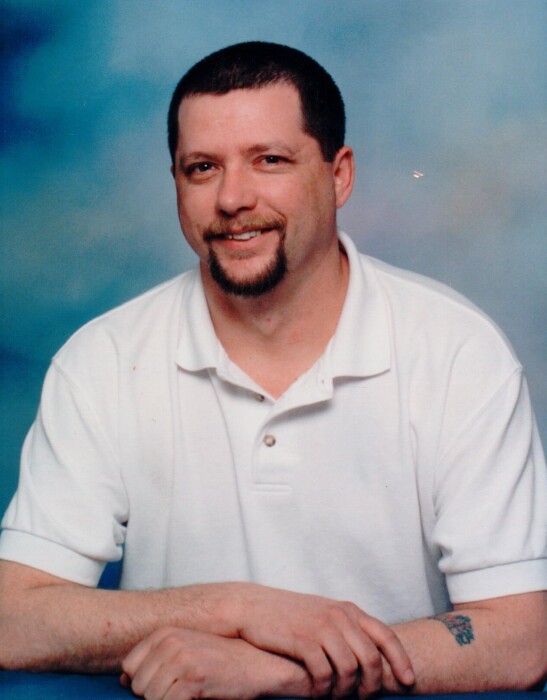 Russell W. Light II, 56, of Sparland, formerly Lacon, died on May 13, 2022 at OSF Saint Francis in Peoria. Born on December 8, 1965 in Rolla Missouri to the late Russell W and Janice Sue (Bean) Light, Russ was a CNC machinist at caterpillar for over 15 years. He was also employed at Thermetic Glass for over 15 years till its closing.

Russ was with Angie Davis and had a daughter. he later married Kim Cowell and they had two children.

Russ was a family guy who loved getting together with his kids and grandkids. He would do anything for his Littles. He enjoyed spending time outdoors. Russ loved to bow hunt, tinker around in the garage, and hang out at Victoria’s diner. He had been on several hunting trips. Each tattoo that he had had special meanings representing his family and his hobbies. They were his creative outlet. Russ would do anything for anyone no matter what he was going through. He never let cancer bring him down and kept fighting for tomorrow.

Cremation rites have been accorded and a memorial visitation will be held on Friday, May 20 from 5 to 7 PM at Lenz Memorial Home in Lacon. Memorials can be made for Rusty Light Memorial Fund for his grandkids at 1st National Bank of Lacon and online condolences can be left at lenzmemorialhome.com

To send flowers to the family or plant a tree in memory of Russell W. Light, please visit our floral store.

To send flowers to the family in memory of Russell Light, please visit our flower store.