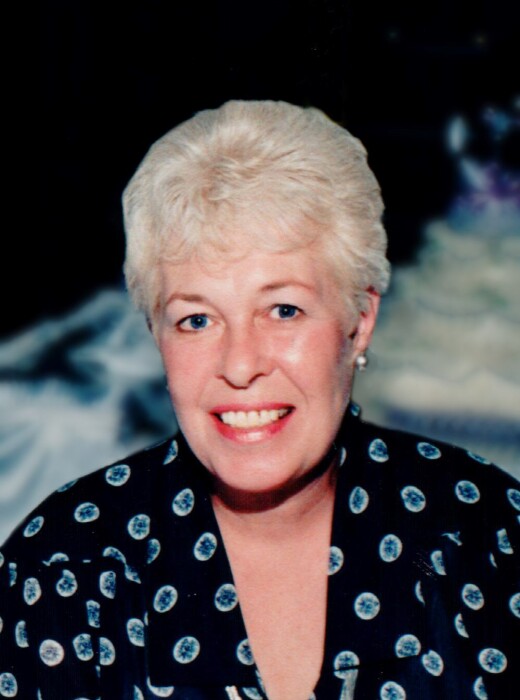 Arlene Yvonne Calpino, 83, of Lacon died on March 29, 2021 at her residence. Born Arlene Yvonne Flick on March 23, 1938 in Chicago, Illinois she was the first child of the late Alfred A. and Yvonne (Poiriez) Flick.  She had four siblings, Alfred Arnold Jr., Alfreyda Helen, Alan Dale, and August Austin.  She graduated from Proviso East High School in Maywood Illinois, where she was the Captain of the cheerleading squad and a member of Future Teachers of America.   She married Gustave Galley Anderle on October 4th, 1957. They moved to Lacon, Illinois in July of 1960 and had four children.  She was widowed when Gus passed on April 1, 1973.  She later married Thomas G. Calpino on April 26, 1975 in Lacon, Illinois. They later lived in Carlsbad, California and Homewood, Illinois.  Thomas died in 1997 in Homewood and Arlene returned to Lacon after her retirement.

Arlene enjoyed social clubs and participated in Junior Women’s Club, Birthday Bridge Club, and the Women’s Golf League at the Lacon Country Club.   She served on the Lacon Public Library Board of Trustees.  She was an entrepreneur and ran her own women’s clothing business, Arlene’s in Lacon, in the 1970’s.   She also worked as an Administrative Assistant to the Superintendent of Schools in Lacon Illinois, Carlsbad California, and Homewood-Flossmoor Illinois schools.  Arlene was a member of the Lacon Congregational Church since 1960 and served in many positions within the church over the years.  Her church and her faith were central to her life.  After her many years of service to her community, she was chosen to serve as the Grand Marshal of the 139th Old Settlers Parade in Lacon.

She was an artist who loved to paint.  She was known for sending beautiful handwritten correspondence to family and friends. Arlene did not enjoy travel but loved the comfort of her home and her gardens.  Her grandchildren and great-grandchildren were the light of her life.   She often said she loved the “3 G’s”, grandchildren, gardening and golf. Her quick wit, intelligence and wonderful sense of humor will be greatly missed by many friends and all who knew her.

Cremation rites have been accorded and a memorial service will be held at the Lacon Congregational Church at 11:00 a.m. on Saturday, April 10th, with visitation one hour prior. Memorials can be made to Kiononia Food Pantry, your neighborhood food pantry, or the Audubon Society.  Online condolences can be left for Arlene’s family at lenzmemorialhome.com.

To send flowers to the family or plant a tree in memory of Arlene Yvonne Calpino (Anderle), please visit our floral store.

A Memorial Tree was planted for Arlene

Join in honoring their life - plant a memorial tree

To send flowers to the family in memory of Arlene Calpino (Anderle), please visit our flower store.