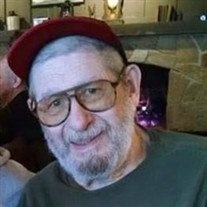 Benjamin Biba Sr., 80, of Lacon Ill., formerly Marseilles Ill., died at UnityPoint Methodist in Peoria on November 17, 2020.
Ben was born in Marseilles Ill. on April 30, 1940 to the late William and Emiline Smith Biba. He married Mary Ann Stephens and had 4 children. He then married Kathleen Baldwin on July 15, 1983 in Marseilles. She survives at home.
Ben is also survived by his children Brenda (David) Kostman of Ottawa, Ben Biba Jr. of Texas, William Biba of Missouri; Brothers James Biba of Ottawa, Willard Biba of, Oglesby; sisters Pam Ciambotti of Ottawa, Cindy Fleming of Streator; four grandchildren; and three great grandchildren. Ben was also preceded in death by two brothers and his daughter Lori Szfranski.
Ben was a maintenance mechanic for Owens Glass of Illinois for over 37 years, retiring in 2003.
Cremation rites have been accorded and a celebration of life will be held at a later date. Memorials can be made to his wife Kathy and online condolences can be left for Ben's family at lenzmemorialhome.com

To send flowers to the family or plant a tree in memory of Benjamin Biba, please visit our floral store.

To send flowers to the family in memory of Benjamin Biba, please visit our flower store.