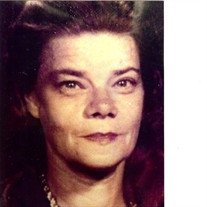 Beverly was foremost a mom and wife but worked outside the home in the kitchen for OSF St. Francis and later at the Holiday Inn in East Peoria.

Graveside services will be held on Tuesday February 3 at 2pm at the Lacon Cemetery. Chaplin Steve Drennan will officiate. Memorials can be made to the Family. Online condolences can be left at lenzmemorialhome.com

To send flowers to the family or plant a tree in memory of Beverly J Smelley, please visit our floral store.

To send flowers to the family in memory of Beverly Smelley, please visit our flower store.