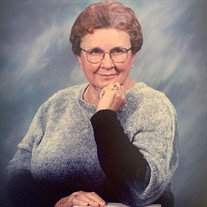 Billie J. Staab, 88, of Henry, IL, formerly Chillicothe and Lacon, died on Friday, September 18, 2020, at Heartland Healthcare in Henry.
She was born the daughter of Elizabeth Owen in Lowpoint, IL, on January 31, 1932. Billie married Virgil Danhof and they had two children. She later married Harold Staab. She was preceded in death by her mother and both Virgil and Harold.
Billy is survived by her son, Thomas (Linda) Danhof of Sparland; her daughter Martha (Milt) Krug of Florida; grandchildren Tiffany, Thomas, Christopher, Jenny, Jared and Michael; and several great grandchildren and great great grandchildren.
Billie was a true farmer's wife. She would wake everybody up, fix breakfast, then put her boots on to help with the farm chores. She later took a job as custodian for the Mid County School District for over 17 years. She was a member of the Lacon American Legion Post 593 Auxiliary and a longtime member at Pierce Community Center.
Cremation rights have been accorded and a private family burial will be held in the Lacon Cemetery at a later date.
Memorials may be made to Children's Hospital at OSF St. Francis Medical Center.
Online condolences may be left for Billie's family at lenzmemorialhome.com.

To send flowers to the family or plant a tree in memory of Billie J. Staab, please visit our floral store.

To send flowers to the family in memory of Billie Staab, please visit our flower store.