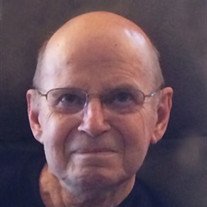 
He married Shirley B. Manchester on August 5, 1956 at Pattonsburg,
IL.


Other survivors include his son; Jeff (Mary) Miller, Lisle, a
daughter;

sister in law JoAnn (Rodney) Ruestman, Minonk and many nieces
and


He was preceded in death by his parents.

the business on his own for over 50 years. He graduated from
Browns

Business School and was an avid NASCAR and Chicago Bulls fan. Billy
was

a lifelong resident of Benson and was very proud to live there.

officiate. Visitation will be from 4 to 7 on Monday at the
funeral


Memorial contributions may be directed to the Benson American
Legion.

To send flowers to the family or plant a tree in memory of Billy Miller, please visit our floral store.

To send flowers to the family in memory of Billy Miller, please visit our flower store.