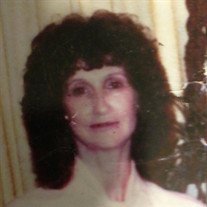 Bonita "Bonnie" Harmon, 84, of Lacon, died on August 22, 2019, at OSF Saint Francis in Peoria. Born September 15, 1934, in Cazenovia to the late Roy and Della Baggs Hahn, she married Ward Harmon on February 25, 1953, in Lacon. Ward passed away on April 28, 2005.
Bonnie is survived by: her children Doug (Sue) Harmon of Lacon, Terry Harmon of Washington, Debbie Gray of Princeton, Diane (Kevin) Wunder of Lacon, Paulette (Scott) Kelly of Sparland, Lisa (Chuck) Bruell of Sparland, Randy Harmon of Lacon; brother Ron Hahn of Washburn, sister Sandy Bolton of Metamora, 12 grandchildren, and 17 great grandchildren. She was also preceded in death by grandchildren Brooke Bruell, Chad Harmon, Jacob, Roy and Nick Wunder and brother Butch Hahn.
Cremation rites have been accorded and private family services will be held at a later date. Memorials can be made to the charity of your choice in Bonnie‘s name and online condolences can be left at lenzmemorialhome.com

To send flowers to the family or plant a tree in memory of Bonita "Bonnie" Harmon, please visit our floral store.

To send flowers to the family in memory of Bonita Harmon, please visit our flower store.