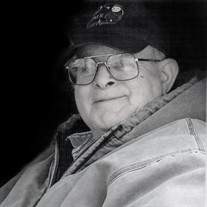 He was born in Peoria on March 16, 1941 a son of the late Charles Edward and Edith Brown Welch. He married Lynn D. Lundstrom in 1977 in Chicago. She survives.

Charles retired from Caterpillar, Inc. as a heavy machine operator after 33 years there.

Memorial contributions may be made to the family at PO Box 261 Hennepin, IL 61327. Online condolences may be directed to his family at www.lenzmemorialhome.com.

To send flowers to the family or plant a tree in memory of Charles R. Welch, please visit our floral store.

To send flowers to the family in memory of Charles Welch, please visit our flower store.