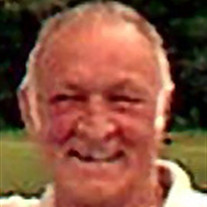 
He was preceded in death by a brother, Ronald and 2 great
grandchildren.

officiate. Inurnment will be in Minonk Twp. Cemetery. Visitation
will be

on Sunday from 3 to 6 pm at Ruestman-Harris Funeral Home,
Minonk.


Charles was a diesel mechanic at Interstate Truck Repair in
LaSalle, IL.


Memorial contributions in his memory may be directed to St.
Jude

Midwest Affiliate. Online condolences may be sent to his
family

To send flowers to the family or plant a tree in memory of Charles Bittles,, please visit our floral store.

To send flowers to the family in memory of Charles Bittles,, please visit our flower store.