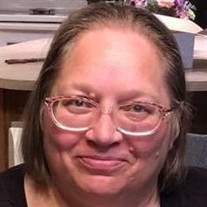 Christine "Chrissy" D. Whited, 55, of Princeton passed away on Friday, August 9, 2019 at her home.
Chrissy was born on June 19, 1964 in Gary, IN the daughter of John and Judy (Hosmon) McMillen. She married Curt Whited on June 24, 1982 in Henry.
Surviving are her three sons: Jeff (Felicia) Whited and daughter Karryn, John Curtis (Amanda) Whited and children Ryan, Connor and Layne Curtis, and Jeremy Whited; father, John (Kay) McMillen; Sister Amy Ziegler and her children Courtney and Zachary Ziegler and his son Jaxon; step sisters, Jill (Dave) Kenyon and Stephanie Piper and her daughter Taylor. She was preceded in death by her husband Curt in 1997, mother Judy, brother-in-law Doug and grandson Joey.
Chrissy loved her work as a county sheriff dispatcher for both Marshall and Stark counties. She not only enjoyed her kids and their families but also everyone else's kids.
A visitation will be held on Thursday evening, August 15, 2019 from 4-7:00 pm at Lenz Memorial Chapel in Lacon with the sharing of memories to follow. Memorials may be made in lieu of flowers to the ALS Foundation.


To send flowers to the family or plant a tree in memory of Christine "Chrissy" D. Whited, please visit our floral store.

To send flowers to the family in memory of Christine Whited, please visit our flower store.