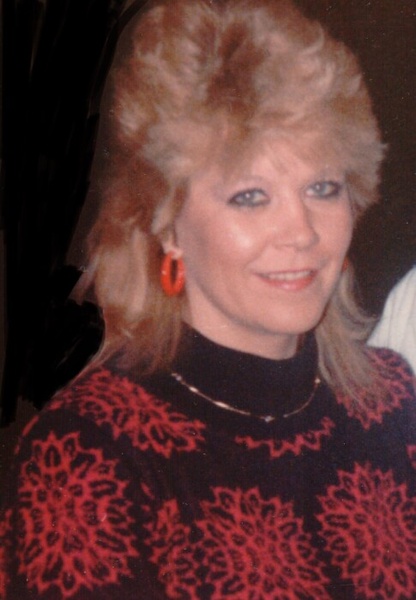 Cindy is survived by her two sons Mike (Samantha) Yocum of Chillicothe, Blake Sarver of Pekin; mother Melver Fisher of Lacon; sister Melinda Hart of Lacon; and four grandchildren. She was also preceded in death by her father Wayne and her grandparents in Tennessee.

Cindy loved the Chicago Bears and Cubs. She also loved Elvis. Cindy, Melinda and Cousin Richard would play “Waiting for Elvis to pick Cindy up” when they vacationed in Tennessee. Richard and Melinda played the part of her parents ready to send her off with the King. Cindy was a beautiful person inside and out, she will be missed every day.

Cremation rites have been accorded and a scattering of her ashes will happen at a later date. Memorials can be made to the Cancer Society or St. Jude and online condolences can be left at lenzmemorialhome.com

To send flowers to the family or plant a tree in memory of Cindy D. Lovin, please visit our floral store.

To send flowers to the family in memory of Cindy Lovin, please visit our flower store.