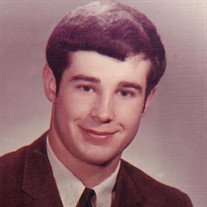 Danny Kitts, 64, of Lacon passed away Wednesday, April 13th, 2016 at 5:52 am at the OSF Richard L. Owens Hospice Home after a long courageous battle with cancer. He was born in Peoria to James and Marion (Chioni) Kitts on August 11th, 1951.

He was preceded in death by his grandparents, father James (Jim) Kitts, and sister-in-law Debi Kitts.

Dan's lifelong passion since he was a young boy were his antiques. He continued this passion throughout his life. Dan retired after 32 years at Caterpillar.

Visitation will be on Sunday, April 17th from 4:00 - 6:00 PM at the Lenz Memorial Home in Lacon. A memorial service will be on Monday, April 18th at 10:30 AM at the Lacon Congregational United Church of Christ, 205 North Prairie Lacon, IL. Inurnment will be in Fort Dever Cemetery in Richland Township, IL.

Memorial contributions may be made to the OSF Richard L. Owens Hospice Home in Peoria, IL. Online condolences can be left at lenzmemorialhome.com

To send flowers to the family or plant a tree in memory of Danny Michael Kitts, please visit our floral store.

To send flowers to the family in memory of Danny Kitts, please visit our flower store.