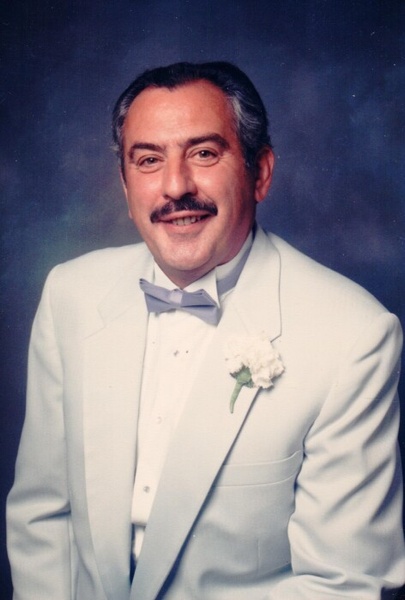 Dennis M. Dragon, 79, of Lake Wildwood, Varna Illinois, formerly Chicago, passed away on February 8, 2022 at his home in hospice. Born in Chicago to the late Michael and Ann (Sosnowski) Dragon, he was an accomplished musician, playing the accordion at age 4.

Dennis graduated from Saint Stanislaus Kostka Grade School and Holy Trinity High School. He played clarinet and saxophone in the marching and symphony bands.  Later, he played with the Vi- Counts Orchestra, a polka and wedding band.

He attended the University of Illinois in Chicago at Navy Pier and graduated from the IBM Computer School. He married Barbara Podraza on September 7, 1963 at Saint Marks Church in Chicago.

In June 1966, Dennis was sworn in as an Officer of the Chicago Police Department. He worked Plainclothes, Tactical, and Vice units. In June of 1982, he was promoted to Sergeant of Police. His work as community relations Sergeant benefited neighborhood senior groups along with children’s after school programs. He was instrumental in Chicago Police Explorer programs, youth after school reading groups and sports teams.

Dennis retired in 1996. During that career he received approximately 80 honorable mention awards, three department commendations, one meritorious unit award, numerous honors from community organizations and many letters of complementary assistance from neighborhood and citizen groups.

in 2000 Dennis and Barbara moved to Lake Wildwood to pursue a pleasant life of gardening, fishing, boating, and traveling.

Dennis is survived by his wife of 59 years, Barbara; sons Michael of Oak Lawn, Dennis Jr. (Mary Ellen) of Chicago and Lake Wildwood. Three grandchildren; Brandon, Noelle, and Joseph Dragon; all of whom he was very so very proud of and dearly loved. Their accomplishments gave him great joy.

Cremation rites have been accorded and a Mass will be held at St. Juliana Catholic Church on February 24, 2022 at 11:30am. Burial will be in the Maryhill Cemetery in Niles at a later date and in lieu of flowers, memorials can be made to the exemplary Varna Fire and Ambulance. A heartfelt thanks to friends who helped while he was ill. Online condolences can be left at lenzmemorialhome.com

To send flowers to the family or plant a tree in memory of Dennis M Dragon, please visit our floral store.

To send flowers to the family in memory of Dennis Dragon, please visit our flower store.