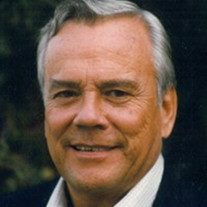 Bloomington--Donald M. "Don"
Freese, 91, of Bloomington, passed away at 9:00 a.m. on Wednesday
(Janurary 23 2013) at Heritage Manor, Bloomington. His funeral will
be at 1:00 p.m. on Friday (February 01, 2013) at
Kibler-Brady-Ruestman Memorial Home with Rev. Kurt Flora
officiating. Visitation will be two hours prior to the service at
the funeral home. Burial will be in Park Hill Cemetery,
Bloomington, IL.

Don was born March 18, 1921 in
Bloomington, the son of Ralph S. Freese and Elizabeth (Munger)
Freese.

He is survived by his dear friend
Doris Kuppersmith of Bloomington; also surviving are Don's two
nephews, Ralph Freese of Kailua, Hawaii and Steven R. Freese of San
Juan Capistrana, California; and a sister-in-law, Dolly Freese of
Palo Alto, California.

Don was formerly active with the
Community Players in Bloomington and served on its Board of
Directors for two years. He had the leading role in the first play
given at the present, Community Players Theatre, "Death of a
Salesman." He later went on to star in productions of "Witness for
the Prosecution, "Send Me No Flowers, "My Three Angels" and "The
Odd Couple."

Don was an accomplished pianist who
at his high school graduation played his original piano
composition, and over his life wrote music and lyrics to over
eighty popular songs.

Don was also very involved in
photography and had several of his photos on magazine covers, 32 of
his photos were published on various wall calendars, and one being
chosen for the cover of an art appreciation book. He also produced
two dozen, "one man shows" of salon color prints in various
galleries and university studios across the United States.

Don was a partner in the Insurance
Firm of Freese & Jefferson Inc, in Bloomington, where he worked
from 1946 until his retirement in 1986 for 40 years. He was the
vice president and Head of the Life Department.

He was a 50+ member of the
Bloomington/ Normal Young Mens Club, Exchange Club, Photo Colorist
Camera Club Toast Masters Club and the Koda Roamers Camera Club
where he served in the position of President at one time in all of
the clubs. He was a World War II Navy Veteran serving in the
Pacific.

He was preceded in death by his
parents and his brother Stanley.

In lieu of flowers, memorial
contributions may be made in Don's name to Illinois Weslyan
University or OSF St. Joseph Hospice Program.

Online condolences may be sent to
the family at kiblerbradyruestman.com

To send flowers to the family or plant a tree in memory of Don M. Freese, please visit our floral store.

To send flowers to the family in memory of Don M. Freese, please visit our flower store.