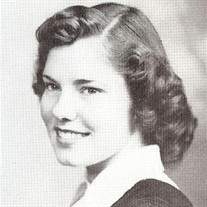 Dorothy A. "Bunnie" Myers, 82, of Henry, formerly Havana & Easton, died December 12, 2015 at Heartland Healthcare in Henry. Born on May 9, 1933 in Easton to the late James and Dorothy Leesman Van Etten, she married Dale Phelps and had three children. She later was married to John Myers. Dorothy was a homemaker, mom, and later a legal secretary.

Cremation rites have been accorded and private family inurnment will be in the Easton Cemetery at a later date.

Memorials can be made to Henry Nutritional site. Online condolences can be left at lenzmemorialhome.com

To send flowers to the family or plant a tree in memory of Dorothy "Bunnie" Myers, please visit our floral store.

To send flowers to the family in memory of Dorothy Myers, please visit our flower store.