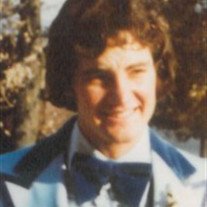 
He was preceded in death by his parents, Johnny and Dorothy
Martin.


Eddie graduated from Roanoke-Benson High School and had worked
prepping cars at Johnny Martin Chevrolet and also had farmed in the
Flanagan area.


He enjoyed the outdoors and liked collecting watches, radios and
clocks. He attended the Roanoke Apostolic Christian Church.


Funeral services will be held at 11:00 am on Friday February
7th at the Parkhill Mausoleum in Bloomington. Tim
Hohulin will officiate. Kibler-Brady-Ruestman Funeral Home is
assisting the family with arrangements.


Memorial contributions may be made to the Roanoke Apostolic
Christian Nursing Home. Online condolences may be sent to the
family at kiblerbradyruestman.com.

To send flowers to the family or plant a tree in memory of Edward "Eddie" Martin, please visit our floral store.

To send flowers to the family in memory of Edward "Eddie" Martin, please visit our flower store.