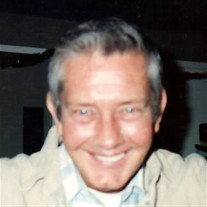 George Crank Sr. of Henry died August 8, 2014 at 9:07 am at his nephew and sons in Wenona. Born in Streator, IL on July 3, 1943 to the late Warren and Rosiland Crew Crank, he married Betty Lou Bennett on October 27, 1962 in Lacon. They divorced in 1989. George was a Marshall County Sheriff's Deputy for over 18 years later moving to Arizona and working construction.
He is survived by: daughters Bonnie Faulkinbury and Rebecca "Becky" Kellogg both of Phoenix, AZ; sons George Crank Jr. of Wilcox, AZ; Maurice "Moe" Crank of Wenona; sisters Alberta Rayburn and Barb Wendler of Princeton; Sharon (Bill) Baggs of Henry; Mary (Jim) Maxey of Streator; and brother Harold (Margene) Crank of Marseilles. George is also survived by 12 grandchildren, 18 great grandchildren and many wonderful nieces and nephews. He was also preceded by his sister Hazel "Ruth" Baldwin.
A graveside service will be held on August 17, 2014 at 11:00 am at the Crow Meadow Cemetery in Rural Larose. A Celebration of George's life will be held at the Henry American Legion from 1-3 that afternoon. In lieu of flowers, gifts can be made to St. Margaret's Hospice. Online condolences can be left at lenzmemorialhome.com

To send flowers to the family or plant a tree in memory of George E. Crank, please visit our floral store.

To send flowers to the family in memory of George Crank, please visit our flower store.