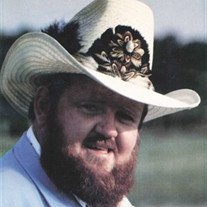 
He was preceded in death by his parents and seven
brothers.


Paul had worked as a supervisor at Caterpillar, Inc.


A visitation will be held from 5-7 pm on Wednesday, September 11,
2013 at the Argo-Ruestman-Harris Funeral Home in Eureka.
Cremation rites will be accorded.  A graveside burial of ashes
will be held at 10:00 am on Saturday, September 14, 2013 at
Westside Cemetery in Giles County, TN.


Memorial contributions may be made to St. Jude.   Online
condolences may be sent to the family at
ruestmanharrisfuneralhome.com

To send flowers to the family or plant a tree in memory of H. Paul Davis, please visit our floral store.

To send flowers to the family in memory of H. Paul Davis, please visit our flower store.