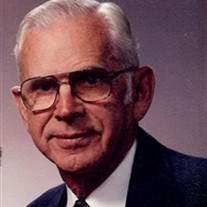 He was preceded in death by his parents, one sister, and two
brothers.


Harold was a lifetime farmer in the Wenona area.


An Army veteran, he served his country in the Air Corp during WWII
as part of the Pacific Theatre.


He was a member of the St. Paul's United Church of Christ in
Minonk and the Lostant American Legion.

Funeral services will be held at 2:00 pm on Thursday, September
19, 2013 at the Ruestman-Harris Funeral Home in Minonk. Rev. Peter
Ward will officiate.  Visitation will be held from 12-2 pm
before the service at the funeral home.  Burial will be in the
Minonk Township Cemetery.


Memorial contributions may be made to the Wounded Warrior
Project.  Online condolences may be sent to the family at www.ruestmanharrisfuneralhome.com

To send flowers to the family or plant a tree in memory of Harold F. Meinhold, please visit our floral store.

To send flowers to the family in memory of Harold F. Meinhold, please visit our flower store.