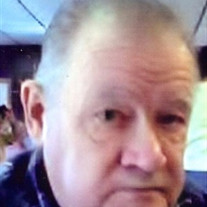 
He was preceded in death by his parents and his daughter, Sandra
S. Fyke.


Harvey worked 37 ½ years at Caterpillar, Inc. in Mossville
retiring as a research mechanic.


A memorial visitation will be held on Sunday, November 10, 2013
at the Lenz Memorial Home in Lacon, IL from 3-5 pm.  Cremation
rites will be accorded.


Memorial contributions may be made to St. Jude Midwest Affiliate
in honor of his daughter, Sandra.  Online condolences may be
sent to the family at lenzmemorialhome.com.

To send flowers to the family or plant a tree in memory of Harvey Fyke, please visit our floral store.

To send flowers to the family in memory of Harvey Fyke, please visit our flower store.