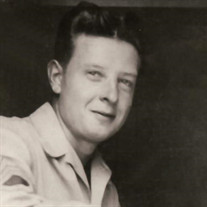 Hank was a Mason, and a member of the Midwest Duck Decoy Club.

Hank was one of a kind, he had many interests and did everything a man should do: he hunted, trapped and fished, which was a huge passion along with collecting duck decoys and attending auctions. He started collecting decoys in 1958 paying $1.50 for his first one, a Bluebill, which he still has. His first decoy show was in Granville followed by Kaskaskia Hotel in LaSalle and the Spring Valley Country Club and Don Clark's in 1968 in Henry. He said he was truly an admirer of canvasback decoys, they were his greatest passion.

Hank was a World War II Veteran and said that going on the honor flight was the best day of his life, "To see all the memorials and share with the other veterans was amazing." He also attended all of his Army Air Corps reunions until the men couldn't anymore. Hank also attended all of his class reunion's for graduating class of 1939 and attended his last reunion, his 70th. The most recent event of Hank's life was being Grand Marshal of the Marshall County Old Settlers parade and receiving the medals that he did not receive during World War II, a Silver Star and battle medals. He was a loving husband, great father, wonderful grandpa & great grandpa, and a good friend. He will truly be missed.

Hank liked playing the stock market, playing Euchre, and giving advice on all of the above. Riches are measured in experiences and not in wealth.

Services will be held Thursday, January 5 at 11 AM at Lenz Memorial home in Lacon with Mike Barclay officiating. Visitation will be Wednesday from 5-7 PM at Lenz. Burial will be in the Lacon Cemetery. Memorials can be made to Lacon American Legion Post 593 and online condolences can be left at lenzmemorialhome.com.


To send flowers to the family or plant a tree in memory of Henry S. "Hank" Thomas, please visit our floral store.

Please click here to view the video tribute
To send flowers to the family in memory of Henry Thomas, please visit our flower store.