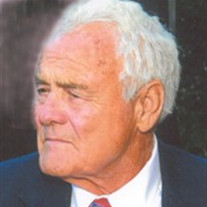 Herschel "Pete" Peter Kearney, 88, of Gridley passed away on
Monday, April 7, 2014 at 2:30am at Heritage Healthcare in El Paso
while he slept.

Pete was born on November 1, 1925, at the family farmhouse in
Gridley. His parents were Edward S. Kearney and Irene Roberts
Kearney. He was preceded in death by his brother, Timothy, who was
killed in action New Guinea in World War II while serving in the
U.S. Army. Pete is survived by: two daughters, Lynn Kearney (David
Moore) of Atwater and Joan (Robert) Dittmer of Morton, and son
Charles (and Shelley) Kearney of Gridley; four grandchildren: Tim
(Katie) Dittmer of Newton, MA, Christine (Doug) Glanert of
Riverton, Katherine Maxine Dittmer of Chicago, and Dan Dittmer of
Morton; Step-grandsons Jeff Flesher, of Gridley, and Eric
(Michelle) Moore, Carmel, IN; five great grandchildren: Kennedy
Flesher of Gridley, Jack and Charlie Dittmer of Newton, MA, and
David and William Moore of Carmel, IN.

Pete attended St. Bede Academy in Peru, Illinois. He was named
to the Chicago Tribune All-state Football team as a senior; on
October 16, 2004, he was inducted into the St. Bede High School
Hall of Fame and was also named to the Bureau County Sports Hall of
Fame. Pete attended University of Illinois and earned a letter in
football his freshman year. Upon his brother's death, Pete enlisted
in the United States Navy during World War II and served in the
Philippines. After receiving an honorable discharge from the Navy,
Pete completed his college education at Illinois Wesleyan
University earning a bachelor degree in Science as a teacher. He
played tackle (both ways) for the Titan football team and in
November of 1948, the team won the last Corn Bowl. Pete was
recruited by the Chicago Bears but declined because of family
commitments.

Pete married Kathryn Maxine Kaufman on December 28, 1946, in El
Paso. Pete and Maxine had three children, Lynn, Joan and Charles.
His loving wife, Maxine, preceded him in death on September 14,
2004. They had been married for 57 years. She was the love of his
life.

Pete was dedicated to his wife Maxine, children, grandchildren,
and great grandchildren. He was a member of St. Mary's Catholic
Church in El Paso.

Pete worked for over 30 years as a paving superintendent
building Illinois interstate highway systems, highways and streets.
He returned to the family farm working with his son and later his
friend, Dan. He drove a tractor into his 80's. Pete was a lifelong
Democrat, serving as the Gridley township supervisor for 20 years,
and crop adjuster for Country Companies. In his younger days he
took great pleasure hunting and fishing with his uncles, cousins,
friends, and his son. As a family activity, he trained Registered
Shetland ponies, competing at County and State Fair in Illinois
every summer for many years with great success, winning every
Shetland pony class at the Illinois State Fair including the grand
championship. Pete was a licensed private pilot and enjoyed flying
his Cessna around the Midwest, much to the dismay of his wife,
Maxine. He loved his beer and his beer buddies, again much to the
dismay of his wife, Maxine.

He was a loyal fan of the Chicago Cubs and Bears, University of
Illinois and University of Notre Dame football, the alma mater of
his oldest grandson, Tim, who graduated with top honors. He was
proud of all his grandchildren: Chrissy working for the Veteran's
Administration counseling vet's, Katie Max a CPA and accomplished
boxer and Danny a fellow recipient of All State Honors in what the
world calls football - soccer. Pete's standard for life was working
hard and playing hard. He was ornery and honest - sometimes to the
discomfort of those present; a masterful teaser and rarely knew a
stranger. Pete was a "colorful" storyteller and not afraid to
embellished details especially with stories about his
grandchildren. He lived by his motto, "If you can't have fun, get
the h_ _ _ out." He was a man's man in post WWII America.

Dad thought flowers were a waste of money, so in lieu of flowers
please make a donation to the Wounded Warrior Project.

Memorial mass will be held at 10:00 am on Monday, April 14, 2014
at St. Mary's Catholic Church in El Paso. Fr. Don Roszkowski will
officiate. Family will receive friends from 11-1 pm at the
Ruestman-Harris Funeral Home in El Paso. A reception at Topsy's in
El Paso will follow.

To send flowers to the family or plant a tree in memory of Herschel "Pete" Kearney, please visit our floral store.

To send flowers to the family in memory of Herschel "Pete" Kearney, please visit our flower store.