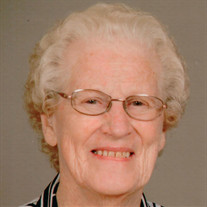 Ima Jean Schlosser, 80, of rural Lacon, died on November 20 2018 at her home surrounded by her family. Born in Peoria on March 23, 1938 to the late William "Bud" and Ollie Rickey Moore, she married Merle Schlosser on February 23, 1957 at Saint Joseph Catholic Church in Henry.
Ima Jean was a farmwife raising the children and working with Merle on the family farm, she later worked at the Lacon Seal Company for 13 years. Ima Jean enjoyed visiting with friends and her infectious laugh could be heard blocks away when she would be visiting in town. She was a member of Immaculate Conception Church in Lacon where she had helped clean and prepare meals.
She is survived by her husband Merle; children Vern (Jill) Schlosser of Edwards, Deb (Bruce) Haas of Columbia SC, and Rodney (Allen Howard) Schlosser of West Peoria; beloved dog Cuddles; brothers Ken (Pat) Moore & Ron (Cathy) Moore both of Lacon; sisters Wilma Farley of Lacon, Nedra Bischler of Henry, Audrey (Gary) Loeser of Advance NC, Sheila (Ray) Whited of Lacon, Donna (Les) Hattan of Lacon, & Mickie (Gale) Magnuson of Lacon; grandchildren Steven (Cynthia) Schlosser, Ryan Schlosser, Whitley (David) Haas Thurston & Joe Haas; step grandchild Cole Rickey; and five great-grandchildren Alexis, Ava, Christian, Sidney, Savanna, and Owen on the way.
A Mass of Christian burial will be held on Saturday, November 24 at 10 AM at Immaculate Conception Church in Lacon with Fr John Mujuni & Deacon Robert Murphy officiating. Visitation will be held on Friday from 4 to 6 at Lenz Memorial Home in Lacon with Rosary at 3:30. Burial will be in the Lacon Cemetery and memorials can be made to Henry Ambulance, St Jude, Or her Church. On line condolences can be left at lenzmemorialhome.com


To send flowers to the family or plant a tree in memory of Ima Jean Schlosser, please visit our floral store.

Please click here to view the video tribute
To send flowers to the family in memory of Ima Schlosser, please visit our flower store.