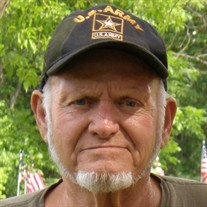 Jack E. Davis, 70, of Henry, died on April 19, 2019 at UnityPoint Methodist in Peoria. He was born to the late Virgil and Ellen Jason Davis in Peoria on December 1, 1948. Jack later married Vickie Hankins on August 25, 1973 in Lacon she survives.
A mechanic since age 13, He worked for many, repairing motors maintaining fleets and fixing personal vehicles. Companies like J&L Steel, Caterpillar, Don's Service, John Burns Construction, and Western Utilities employed him over the years. Jack was also a Veteran of the Army.
Jack is also survived by: his son Steven (Kally) Davis of Henry; daughter Stacy (Robbie Schlosser) Davis of Varna; siblings Jerry Davis of Peru, Ellen (Charles) Robbins of Lacon, Christine Marchesi of Chillicothe, Diana Davis of New York State, Joe Davis of Lacon; and four grandkids: Cole, Gabe, Sandy, and Rylan. He was also preceded in death by his daughter April and brother Virgil Jr.
Visitation will be Wednesday evening 5-7pm at Lenz Memorial Home in Lacon. Funeral service for Jack will be held on Thursday at 10 AM at New Life Christian Church in Henry with Pastor Tom Schrock officiating. Memorials can be made to the Henry Food Pantry or Ronald McDonald House and burial will be in the Henry Cemetery. On line condolences can be left at lenzmemorialhome.com

To send flowers to the family or plant a tree in memory of Jack E. Davis, please visit our floral store.

Please click here to view the video tribute
To send flowers to the family in memory of Jack Davis, please visit our flower store.