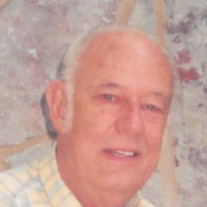 Bloomington - Jacob "Jake" Sophie,
80, of Bloomington, passed away at 11:00 p.m. on April 10, 2014 at
Heartland Health Care in Normal. Cremation rites have been
accorded. A Celebration of Life service will be at a later date.
Kibler-Brady-Ruestman Memorial Home in Bloomington is assisting the
family with arrangements.

Jacob was born on July 17, 1933 in
Chicago, a son of Jack and Alice Benjamin Sophie.

Surviving are two daughters, Brenda
(Craig) Lindstrom of Minneapolis, Minnesota and Janet Sophie of
Tomball, Texas.; two grandchildren, Hunter Lindstrom and Kenzie
Lindstrom; half sister, Paula of California and a half brother,
David of New York.

He was preceded in death by his
parents; his son, Steven Sophie; a former spouse for many years,
June Sophie; and his sister, Alice Siron.

Jake graduated from Bloomington
High School. He proudly served his country in the United States
Navy, serving during the Korean War from 1951-1955. After his
military service Jake worked at GE for many years and retired from
Illinois State University.

Jake enjoyed spending time with his
family and friends at the Windjammer and the Riverboat in Peoria.
He liked to golf and watch TV, especially the Cubbies and The
Walking Dead. He also enjoyed gambling, and playing scratch-offs.
Dad loved to eat at Red Lobster, Steak 'n Shake, and Hibachi
Grill.

Although he was a little gruff, Dad
was tenderhearted and had a good sense of humor, he will be dearly
missed.

To send flowers to the family or plant a tree in memory of Jacob "Jake" Sophie, please visit our floral store.

To send flowers to the family in memory of Jacob "Jake" Sophie, please visit our flower store.