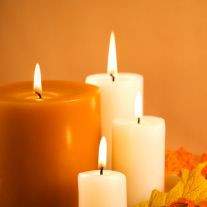 James L. Fix, 70, of Henry Ill., died on February 4, 2021 at UnityPoint Proctor in Peoria. Born to the late James and Erma (LeMaster) Fix, Jim served in the United States Army in Vietnam and upon returning, married Nora Kelly on March 18, 1972 at the United Methodist Church in Peoria.
He worked at the Lacon Sawmill for 2 years and later was employed at Bemis Bag in Peoria for 32 years until the plant was closed.
James is survived by: his wife Nora; daughter Jennifer Fix of Holly Springs NC; sons Jeff (Olga Fomicheva) Fix of Peoria and Matt Fix of Wyanet; sisters Rita Porter of Chillicothe, Betty Shanahan of Mount Vernon KY; Mary Pullium of Pekin, Margaret Fix of Champaign; and grandchildren Michael and Grace Phillips. Jim was preceded in death by his infant daughter Lisa Kristine.
Jim enjoyed hunting, fishing and grilling outdoors for his family until his stroke in 2006 however his love of life didn't end with his stroke as he still enjoyed simple things such as rooting for his Redskins every football season and playing video games. He had a quick wit and was always lightning the mood which did not end until the day he died.
Cremation rites have been accorded and a graveside service will be held at a later date. Memorials can be made to Veterans Haven of Peoria and online condolences can be left at lenzmemorialhome.com

To send flowers to the family or plant a tree in memory of James L. Fix, please visit our floral store.

To send flowers to the family in memory of James Fix, please visit our flower store.