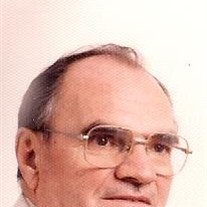 
He was preceded in death by his parents, 2 brothers and 3
sisters.


He was a member of First Baptist Church, El Paso and the Knights
of Pithius. He was retired from Job Services with the Department of
Labor in Bloomington. He and his wife had owned Quality Pak Meats
and Hasty's Market both in El Paso.


Jim served with the United States Army during WW II and the Korean
War.


Memorial contributions may be directed to the El Paso Public
Library.


Online condolences can be made to the family at ruestmanharris.com.

To send flowers to the family or plant a tree in memory of James J. Hasty, please visit our floral store.

To send flowers to the family in memory of James J. Hasty, please visit our flower store.