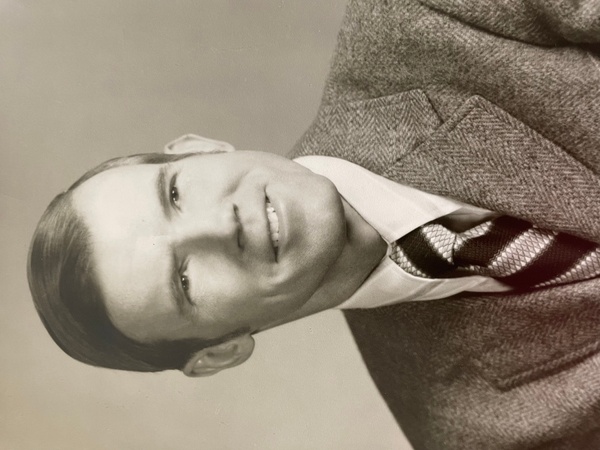 James Lester Leigh, aged 94, of Sparland, IL died August 20, 2021 at Richard L. Owens Hospice Home in Peoria, IL. Jim was born on October 26, 1926 to Lester E. and Edith (Root) Leigh, proudly becoming the 5th generation Leigh and 6th generation Root, to become the steward of the land in this farming community he held so dear.

Jim served in the U.S. Army Air Corp at the end of WW II.  His love of flying continued throughout his life. After discharge, he resumed his studies, graduating from the University of Illinois in 1949 and returned to the family farm. He married Betty V. Hattan on January 1, 1951 at her family home in rural Minonk, IL. Betty was truly the love of his life.  Throughout their 70 years of marriage, they always worked as a team and raised their four children to do the same. They traveled the world together and Betty made her final journey on June 2, 2021.

There was always music in the house.  Memories of Jim playing the piano, singing with Betty, listening to New Orleans jazz or classical music are vivid.  He was an avid reader with broad interests. Jim was an innovator. He could be found at his drafting table drawing up plans to improve the farming operation. Known for his level headedness, quiet generosity and patience, he could be counted on by friends and family.

Active in the local and broader community, Jim was a member of the LaPrairie Methodist Church and later the LaPrairie United Presbyterian Church serving as a session member and elder.  He was on the board of directors of organizations including, LaPrairie Mutual Insurance Company, Citizens National Bank of Toluca, Marshall-Putman Pork Producers. LaPrairie Methodist Cemetery Association and Marshall-Putnam Farm Bureau in which he served as President. Jim was a member of U.S. Senator Charles Percy’s Agricultural Advisory Committee.

Funeral service will be held at 10:00 a.m. on Saturday, August 28 directly following a 9:00 a.m. visitation at the LaPrairie Presbyterian Church in Sparland, Illinois. In lieu of flowers, memorials may be made in Jim’s name to the LaPrairie Methodist Cemetery Association.

To send flowers to the family or plant a tree in memory of James L. Leigh, please visit our floral store.

To send flowers to the family in memory of James Leigh, please visit our flower store.