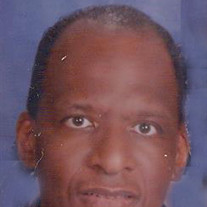 James was born on May 1, 1952 in Chicago, IL a son of Robert S.
and Catherine Hamilton Howell. He married Eloise Stoller on May 30,
1976 in Bloomington, IL. She survives.

James was preceded in death by his parents.

James worked at Caterpillar in Mossville as a draftsman. He
later worked for the Illinois State Police for 25 years retiring in
2011 with a rank of Lieutenant.

He was a member of the Blue Knights in Springfield.

Jim was known for his love of his Harley Davidson Motorcycles
and enjoyed traveling around the United States on his bike.

James was a member of Grace Presbyterian Church in Peoria, IL
where funeral services will be held at 11:00a.m. on Tuesday,
February 11, 2014. Pastor Kerry Frantz will officate. Visitation
will be held from 2-4p.m. and 5-7p.m. on Monday February 10, 2014
at Ruestman-Harris Funeral Home in El Paso and also one hour prior
to services on Tuesday at the church. Graveside services will be
held at 3p.m. on Tuesday, February 11, 2014 at the Gridley Cemetery
in Gridley, IL. Ruestman-Harris Funeral Home in El Paso is handling
arrangements for the family.

Memorial contributions may be made to Be The Match.com. Online
condolences may be sent to the family at
www.ruestmanharrisfuneralhome.com.

To send flowers to the family or plant a tree in memory of James Howell, please visit our floral store.

To send flowers to the family in memory of James Howell, please visit our flower store.