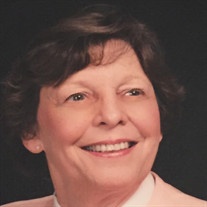 Joanne I. Swanson, 90, of Rochester MN, formerly Lacon, died August 22, 2017 at Mayo Clinic Hospital in Rochester. Born on September 2, 1926 in Streator, IL to the late Herman and Minnie Tarman Krull, she married "Pete" CW Swanson on November 22, 1947 in Varna. Pete preceded her in death on April 3, 1987.
Joanne was a surgical technician at Proctor Hospital in Peoria and Mayo Clinic Hospital in Rochester, MN.
She is survived by: her son Dr. Jerry (Kristine) Swanson of Rochester MN; stepdaughter Linda Hyde of San Antonio TX; Sister Irma Watkins of Lacon; grandchildren Elizabeth Swanson of Boulder Colorado, and Rachel (Joel) Walgenbach of Eagan MN; two great grandchildren and five-step great grandchildren. She was also preceded in death by one infant son, two sisters, one brother and a step grandson.
A graveside service was held in the Lacon Cemetery on August 25 and a memorial service will be held September 16 at 11:30 AM at Zumbro Lutheran Church in Rochester MN. Memorials can be made to Saint John's Lutheran Church in Lacon or Zumbro Lutheran Church. Online condolences can be left at lenzmemorialhome.com

To send flowers to the family or plant a tree in memory of Joanne I Swanson, please visit our floral store.

To send flowers to the family in memory of Joanne Swanson, please visit our flower store.