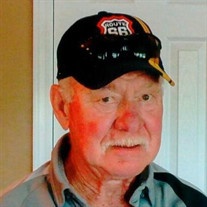 John served his country with the fifth US Army in Vietnam and was a proud member of UAW 974 at Caterpillar Tractor in East Peoria for 35 years, retiring in 2000. He was a lifelong member of the Lacon Country Club and American Legion Post 593. John was an avid Cardinal fan, Hunter, and fisherman, spending many vacations in Chetek WI with family and friends. He spent many years playing ball with the Lacon Bombers and River Rats. John loved his town of Lacon.

A celebration of life will be held at the Lacon American Legion on Saturday, September 16 at 2 PM. Memorials can be made to the Indianapolis Metropolitan Horse Patrol Assoc. C/O Jason Palumbo 1060 North Capitol Ave. Suite 200 Indianapolis, IN 46204, Lacon American Legion, or the ARK and online condolences can be left at lenzmemorialhome.com
Lenz Memorial Home

To send flowers to the family or plant a tree in memory of John G. Palumbo, please visit our floral store.

Please click here to view the video tribute
To send flowers to the family in memory of John Palumbo, please visit our flower store.