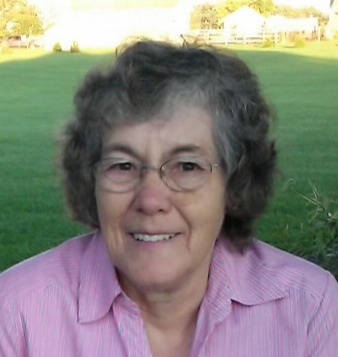 Joy Elizabeth Wunder, 80, of Lacon, Illinois, died on August 1, 2022 at Methodist Medical Center in Peoria. Born in Henry, Illinois on April 6, 1942 to the late Fred and Helen (Stahler) Schmitt, she married Bernard Wunder Jr. on February 11, 1961 in Henry.

Joy was first and foremost a homemaker and mother. She was a wonderful cook, famous for her cheeseburgers and au gratin potatoes. She loved spending time with family, especially the grandkids. Joy liked to keep herself busy with crossword puzzles, crocheting, and jigsaw puzzles. Joy was always ready to play a friendly (very competitive) game of cards with her siblings, kids, or grandkids. Joy was also an avid Cubs fan. She worked for  24 years at the Toluca garment factory as a seamstress, making many lifelong friends.

Visitation for Joy will be on Thursday, August 4 from 5 to 7 PM at Lenz Memorial Home in Lacon with Rosary at 4:30. A funeral mass will be held at the Immaculate Conception Church at 10:30 AM on Friday, August 5 in Lacon. Cremation rights will be accorded and burial will be in Calvary cemetery in Henry at a later date. Memorials can be made to Lacon Sparland Ambulance or Alzheimer’s Association and online condolences can be left at lenzmemorialhome.com

To send flowers to the family in memory of Joy Elizabeth Wunder, please visit our flower store.