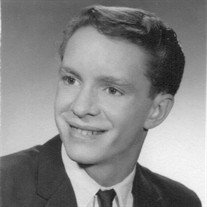 Larry G. Forsythe, 71, of Lacon, died on November 24, 2019 at Bickford Memory Care in Peoria. Born on January 19, 1948 in Peoria to the late James and Marguerite Malone Forsythe, he married Cheryl Conarro on September 25, 1971 in Lacon.
Larry was a welder at J&L Steel- LTV steel for 41 years. He was a veteran of the US Army and served during the Vietnam War. Larry was an outdoorsman; enjoying hunting, fishing, and camping with family & friends and he loved watching the NHRA and NASCAR.
Larry is survived by: his wife Cheryl of Lacon; son Jeff (Sonny) of Dunlap; daughter Laura (Jason) Bergman of Lacon; siblings Joanne Herington of Washburn, Riva (Joe) Moore of Sugar Grove, James (Janet) Forsythe of Lacon, Terry (Debbie) Forsythe; grandkids Madelyn, Kegan, & Addison; and brother-in-law Bill Conarro of Lacon. He was also Preceded in death by his son Dan and brother Emory "Buzz" Green.
Cremation rites have been accorded and there will be no services at this time with burial in the Lacon Cemetery at a later date. Memorials can be made in Larry's name to the Lacon Home Journal Christmas Fund and online condolences can be left at lenzmemorialhome.com

To send flowers to the family or plant a tree in memory of Larry G Forsythe, please visit our floral store.

To send flowers to the family in memory of Larry Forsythe, please visit our flower store.