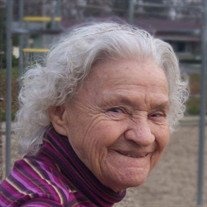 Lavonne was a member of Calvary Bible Church in Lacon and formerly a member of the Lacon and Streator Churches of the Nazarene. She also used to lead Bible study at the local nursing home.

Services for Lavonne will be held on Saturday March 19 at 11 am at Lenz Memorial Home in Lacon with a visitation time one hour prior to the service. Joe Bella will be officiating and memorials can be made to her church. Burial will be in the Henry Cemetery. Online condolences can be left at lenzmemorialhome.com.


To send flowers to the family or plant a tree in memory of Lavonne L. King, please visit our floral store.

Please click here to view the video tribute
To send flowers to the family in memory of Lavonne King, please visit our flower store.