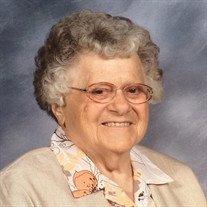 She was preceded in death by her parents, her husband Wayne Osborne, granddaughter Lindsay Nixon, and daughter in-law Lisa Osborne.

To send flowers to the family or plant a tree in memory of Leona May Osborne, please visit our floral store.

To send flowers to the family in memory of Leona Osborne, please visit our flower store.