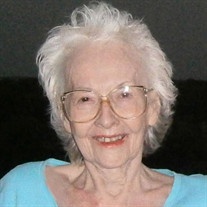 Madeline A. Dobbs, 86, of East Peoria, formerly of Quincy, died on March 31, 2017 at Farmington Country Manor in Farmington. Born to the late Cecil and Rosabelle Passmore Williams on April 9th, 1930, she married James Griffin in July 1948 and later married William Dobbs in June 1974.

Cremation rights have been acccorded and services will be held at a later date. Online condolences can be left at lenzmemorialhome.com

To send flowers to the family or plant a tree in memory of Madeline Dobbs, please visit our floral store.

To send flowers to the family in memory of Madeline Dobbs, please visit our flower store.