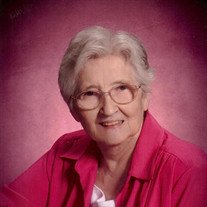 She was preceded in death by her parents, one brother Bill Feeney and a step-grandchild Brad Atkins.

Services will be at 11 a.m. Saturday, August 22 at the Immaculate Conception Church, Lacon. Father Tom Mizeur will officiate. Visitation will be from 5-7 p.m. Friday, August 21 at Lenz Memorial Home, Lacon with recitation of the rosary at 4:30 p.m. An additional visitation will be held one half hour prior to the service at the church. Cremation will be accorded. A private graveside service will take place at St. Mary's Cemetery in Minooka.

Memorials may be made to St. Joseph's Nursing Home, 401 9th St. Lacon or to the Lacon-Sparland Emergency 52, 921 Fifth St., P.O. Box 52, Lacon. Online condolences may be sent to the family at www.lenzmemorialhome.com.

To send flowers to the family or plant a tree in memory of Marilyn Klinker, please visit our floral store.

Please click here to view the video tribute
To send flowers to the family in memory of Marilyn Klinker, please visit our flower store.