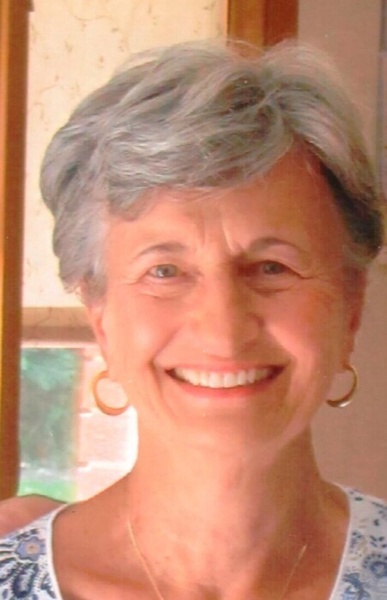 Marlene C. Gauwitz, 86, of Lacon Illinois, passed away at her home on December 21, 2021 surrounded by her loving family.

Marlene was born on September 29, 1935 at the Streator Hospital to Silvio and Mary (Grotti) Capponi. She married Roger L. Gauwitz on September 8, 1956 in Toluca. He survives, as do their three children Cynthia (John) Geiser of Lacon, Jeffrey (Ann) Gauwitz of Chillicothe, and Michael Gauwitz of Saint Petersburg Florida. Her five grandchildren Michaela (Connor) Cassidy of Glasgow Scotland, Jacob Geiser of Denver, Benjamin Gauwitz of Denver, Kathleen Heck of Scottsdale AZ, Keegan Gauwitz of Milwaukee, and great grandchildren Crew and Isla Cassidy of Glasgow. Also surviving are her younger brother Dean Capponi of Peru and her younger sister Lucille Garrett of Lacon. Her older brother Silvio Junior Capponi passed away on September 7, 2021

Marlene graduated from the Airline Personnel Training Institute in Omaha Nebraska in 1953 and was employed by Trans World Airlines in Chicago. She also worked as a receptionist and dental assistant for Doctors S.M. & F.M. Garrett for 33 years in Lacon. Marlene was a member of Immaculate Conception Catholic Church in Lacon and the Altar and Rosary Society. She was also a volunteer at Saint Joseph’s Nursing Home for many years.

A Mass of Christian burial will be held for family only at 10 AM at Immaculate Conception Catholic Church in Lacon on Monday, December 27. Father John Verrier will officiate. Burial will follow at the Immaculate Conception Cemetery in Lacon. A celebration of her life with family and friends will be planned for a later time in the spring. In lieu of flowers memorials can be made to OSF Hospice or  charity of your choice and online condolences can be left at lenzmemorialhome.com

To send flowers to the family or plant a tree in memory of Marlene C. Gauwitz, please visit our floral store.

To send flowers to the family in memory of Marlene Gauwitz, please visit our flower store.