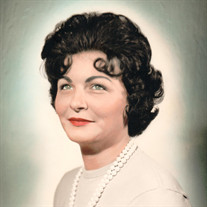 Mary Ann Kargol, 85, of Lacon Ill. died on March 26, 2021 at Lacon Rehab and Nursing in Lacon. Born on December 6, 1935 in Des Moines Iowa to the late Alfred and Nelly (Van Scoy) Bougher, she married John Kargol on November 14, 1964 in Peoria. John died November 2, 1996.
Mary worked at Harper Wyman in Princeton for over 10 years and enjoyed serving as an Election Judge for many years. She also was a Cub Scout Leader in Lacon, with the help of a few others, was instrumental in the development of the Scout (Garrels) Building in Johnson's Grove Park.
Mary is survived by her children Robert J. Kargol of Topeka Ill., Bernie (Patti) Kargol of Lacon, Mary Ann (Jim) Shafer of Manito; brothers Mike Bougher of Indianola Iowa, Ronald Bougher of Des Moines Iowa; sister Sheryl Charron of Pella Iowa; seven grandchildren; and 12 great grandchildren. She was also preceeded by 8 siblings
Cremation rites were accorded and a private family graveside service for Mary will be held at the Immaculate Conception Cemetery in Lacon at a later date. Memorials can be made to Lacon Rehab and Nursing and online condolences can be left at lenzmemorialhome.com

To send flowers to the family or plant a tree in memory of Mary Ann Kargol, please visit our floral store.

To send flowers to the family in memory of Mary Kargol, please visit our flower store.