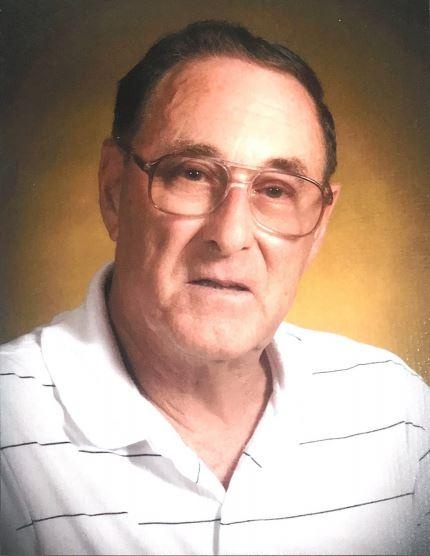 Merle Schlosser, 86, of rural Lacon, died on January 7, 2022 at his home surrounded by his family. Merle was born August 5, 1935 in Henry Illinois to the late Anton and Anna (Linderer) Schlosser. He married Ima Jean Moore on February 23, 1957 at Saint Joseph Catholic Church

Merle was a lifelong farmer. He and Ima Jean worked together on the farm along with the children for many years. He “retired” last year, but continued to drive the grain truck for his son

Vern. He also worked for the Marshall County Highway Department and Hopewell Township as a snow plow driver for many years.

Merle was a member of Immaculate Conception Church in Lacon and the Marshall-Putnam Farm Bureau.

A Mass of Christian Burial will be held on Saturday January 15 at 10am at the Immaculate Conception Church in Lacon with a visitation on Friday January 14 from 5-7pm at Lenz Memorial Home in Lacon. Rosary for Merle will be at 4:30 on Friday at Lenz. Burial will follow in the Lacon Cemetery. Memorials can be made to Illinois Cancer Care, Immaculate Conception Church, or a charity of your choice. Online condolences can be left at lenzmemorialhome.com

To send flowers to the family or plant a tree in memory of Merle A. Schlosser, please visit our floral store.

To send flowers to the family in memory of Merle Schlosser, please visit our flower store.