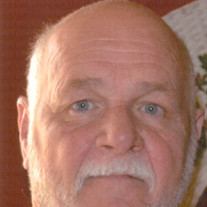 Michael was born on March 31, 1949
in Bloomington, a son to Russell and Emily Day Clem. He married
Susan Arteman in Bloomington on April 28, 1978. She
survives.

He was preceded in death by his
sister, Cheryl Clem and his mother, Emily Clem.

Michael joined the United States
Army and served his country in active duty in Korea from August of
1966 to 1969. He was
a member and sat on the board for the Veterans of Foreign War in
Bloomington, Post 454. Michael enjoyed watching Monster Jam,
wrestling, Nascar, and The Chicago Bears and Cubs. He will be
sorely missed.

Online condolences and memories may
be made to the family at kiblerbradyruestman.com.

To send flowers to the family or plant a tree in memory of Michael E. Clem, please visit our floral store.

To send flowers to the family in memory of Michael E. Clem, please visit our flower store.