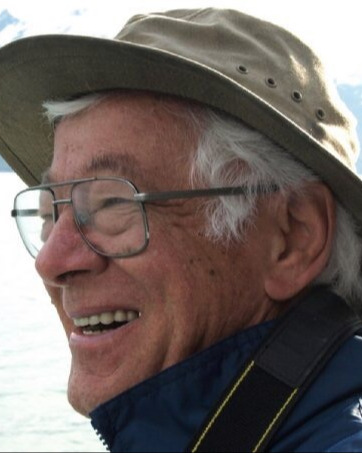 Raymond Bruce Thielbar Jr., 86, of Peoria IL, formerly Ely MN and Lacon IL, died on December 28, 2022 at OSF Saint Francis in Peoria. Born on January 27, 1936 in Sparland Illinois to the late Raymond and Martha (Jury) Thielbar, he married Roselyn Braun on January 25, 1957. They raised three children together in Lacon.

Ray (Rayboy) grew up in Lacon with his family. He graduated from Mid County High School in 1954, attended Moody Bible Institute, Eureka college, and graduated from the four-year machinist apprentice course at Caterpillar. He served at Caterpillar for over 35 years, including his work at Caterpillar Brazil for 5 1/2 years. Ray and Rose built their Lacon Illinois home and their log cabin in northern Minnesota, where they lived in the log cabin for 33 years after retirement.

Ray sang in several quartets and a trio. The Joyfuls & the Mountain Men in Illinois, the Forefathers Quartet in Brazil and a barbershop quartet and a gospel quartet in Minnesota. Ray and Rose published their story, “Rooted in Rocky Soil”, which won an honorable mention in the Northeastern Minnesota book awards in 2019. During his retirement Ray carved signs for many businesses and homes in Ely Minnesota.

Funeral service for Ray will be held on Wednesday, January 4 at 11 AM at Lenz Memorial Home in Lacon with visitation held one hour prior to the service. Burial will follow in the Lacon Cemetery. Memorials can be made to the Cedar Hills Baptist Church or the North American Bear Center in Ely MN and online condolences can be left at lenzmemorialhome.com.

To send flowers to the family in memory of Raymond Bruce Thielbar, please visit our flower store.