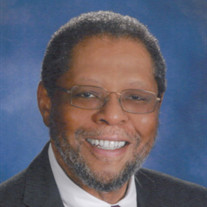 His funeral will be held at11:00
a.m. on Thursday, April 10, 2014 at Trinity Lutheran Church in
Bloomington with Pastor Thomas Wirsing and Pastor Chris Nitzel
officiating.  Visitation will be from 4-7 p.m. on Wednesday,
April 9, 2014 at Kibler-Brady-Ruestman Memorial Home in Bloomington
and one hour prior to the service on Thursday at the church.
Full Military Rites will be accorded by the Bloomington-Normal
American Legion Honor Guard.

Entombment will be in Park Hill
Mausoleum in Bloomington.  Memorials may be made to Trinity
Lutheran School.

Robert was born on December 2, 1948
in Rockford, a son of Lawson Lee and Lucille Verdell Richard.
He married Mary Ann Gerike on July 22, 1978 in Los Angeles,
CA.  She survives.

He was preceded in death by his
mother and father; grandparents; aunts and uncles; sister-in-law,
Darlene Gerike; and a brother-in-law, Rudy White.

Robert spent his youth and much of
his life in Los Angeles, CA.  He joined the United States Navy
in 1967 and did two tours of duty in Vietnam as a Seabee, before
his discharge in 1971.

He was employed as a printer for
various Los Angeles firms.  He worked for 20th
Century Fox Studios before retiring as a supervisor of the print
shop of Fox and moving to Bloomington.

Robert was a member of Hope
Memorial Lutheran Church in Los Angeles, where he spent many years
as a trustee, an elder and president.  After moving to
Bloomington, he became a member of Trinity Lutheran Church and
thoroughly enjoyed his work as a visiting deacon and elder.

He enjoyed many hours as a
baseball, football and Laker basketball fan, especially supporting
the Cubs, and the University of Southern California
Trojans.

Robert dearly loved and was
supportive to his wife, children and extended family.  He and
his dry humor will be missed as he served as our confidant and
advisor.

To send flowers to the family or plant a tree in memory of Robert Lawrence "Bob" Richard, please visit our floral store.

To send flowers to the family in memory of Robert "Bob" Richard, please visit our flower store.