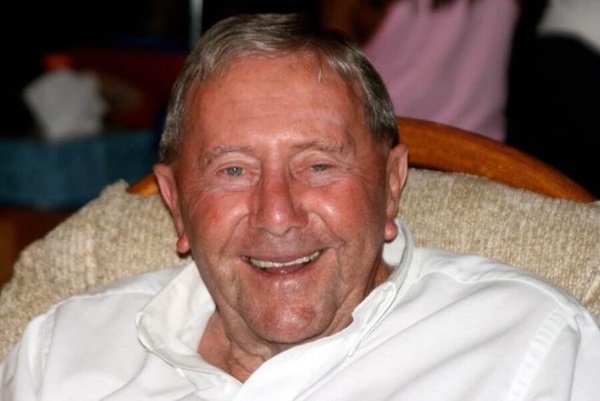 Bob was raised on a farm in rural Magnolia, Illinois, the youngest of 5, with grace and humor but without running water or electricity.  They played in the woods and the creek, attended a one-room schoolhouse.  After school, Bob enlisted in the Air Force in 1951, serving until 1959, during which time he met and married Jean.

After his years in the Air Force he returned to Brainerd, Minnesota and then moved his family back to Central Illinois and bought his parents’ farm.  Bob had a few interesting jobs, he started a dairy farm, raised some pigs, helped build the Hennepin bridge, worked in quality control at Pabst brewery, and owned the Texaco station in Lacon (site of new Casey’s) until “Old Joe” offered him a job at Allen’s Lumber Yard, where he worked for decades, meeting old friends and making new ones, until his retirement.

Bob and Jean traveled extensively, making friends with Churchill, their taxi driver in Trinidad, whom they kept in touch with for years; watching Johnny Carson deal blackjack in a smoky casino in Reno; and even watching Tiger Woods tee off at the U.S. Open one year.  But the best trips were the ones with family, the 3 week road trip in 1967 with 3 kids under age 12, in a car without air-conditioning, across the southwest; the weeks at the beach with extended family – the cooking and stories, poker games and endless easy laughter.

He was a wealth of knowledge, always surprising us with tidbits about the stars, geology or history.  He taught us the important things we would need to grow up right:  Do not lie; Do you best; Show up on time and work hard, and that the green tops of onions stuck into someone else’s mashed potatoes; looked like cactus in the desert.  And, he never let us forget that the “world doesn’t owe you a damned thing.”  He lived life with curiosity and kindness, with a joke and a warm smile – always.

Cremation rites will be accorded and there will be a private memorial service at a later date.  Memorials may be made to the Arbor Day Foundation “Trees in Memory” program or plant a tree in y our owe yard and think of Bob.

To send flowers to the family or plant a tree in memory of Robert E. Cunningham, please visit our floral store.

To send flowers to the family in memory of Robert Cunningham, please visit our flower store.