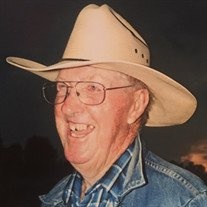 Robert J. Holler, 84, of Henry, passed away peacefully at his home on June 26, 2018.
Born on June 10, 1934, in Lacon to the late Frank and Minnie Blackburn Holler, he married Monica Kapraun on October 22, 1960 in Henry. She preceded him in death.
Bob is survived by his children, Lynne (Tim) Harlin of Cedar MN, Alan (Allison) Holler of Henry, Carolyn (John) Abry of Troy IL.; also surviving are a brother Wilbur Holler of Lacon, sisters Laverne (Art) Head & Shirley Hattan both of Lacon, Beverly (Robert) Meismer of Grovertown GA, Roberta (Delmar) Hammond of Sandy OR, eight grandchildren, and three great grandchildren. He was preceded in death by four brothers and four sisters.
Bob served his country in the Army, worked for Gateway Milling as a truck driver, was a member of the Teamster local 627, and a former Whitefield Township Road Commissioner. He farmed for most of his life in the Whitefield Township area. He enjoyed his family and friends and was a collector of antique John Deere tractors.
Services will be held on Saturday, June 30 at 2 PM at Lenz Memorial Home in Lacon, Bob Murphy officiating. Visitation will be held Friday, June 29, from 5 to 7 PM at Lenz Memorial Home. Burial will be at Calvary Catholic Cemetery, where military rights will be accorded. Memorials can be made to the American Heart Association or Diabetes Foundation. Online condolences can be left at lenzmemorialhome.com


To send flowers to the family or plant a tree in memory of Robert J. Holler, please visit our floral store.

Please click here to view the video tribute
To send flowers to the family in memory of Robert Holler, please visit our flower store.