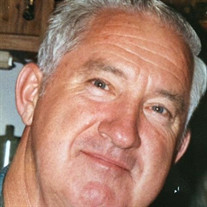 Robert L. Jackson, 79, formerly of Lacon and rural Chillicothe, died on March 25, 2016 at Brownsburg Meadows nursing Facility in Brownsburg, IN.

Born September 14, 1936 to the late Alfred and Helen Stiles Jackson in Peoria; he married Shirley Chatman and raised three children. He later married Donna Bertrang. She preceded him in death.

Robert was a Teamster truck driver for over 25 years, retiring from Kroger.

A graveside service will be held at Yankee Cemetery in Yankee Lane Stuben Township on Wednesday, March 30 at 2:30 pm. We will leave Lenz Memorial Home in Lacon to process to the cemetery at 2 pm. Mike Barclay will officiate.

Memorials can be sent to Heart to Heart Hospice 252 Meadow Drive Suite #6 Danville, IN 46122 in Robert's name. Online condolences can be left at lenzmemorialhome.com

To send flowers to the family or plant a tree in memory of Robert L. Jackson, please visit our floral store.

To send flowers to the family in memory of Robert Jackson, please visit our flower store.