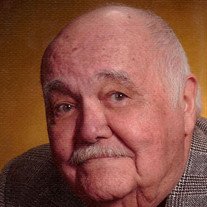 He graduated from Northwestern University where he was a cheerleader and entered the US Army for a stint in the Army Central Intelligence Corps. Bob followed in the family tradition of running local dime stores. He was sent to run the store in Sandwich, IL where he raised his children, later returning to Lacon to run the Loy Flagship Store. Bob was a member of the Lacon Congregational United Church of Christ where he sang in its choir and also the choir of the Federated Church in Sandwich, IL.

As a lifelong Rotarian he had over 40 years of perfect attendance, helping lead the charge to read to kids at school and to give out dictionaries to third graders. Bob enjoyed collecting Big Little Books, driving the Grand Marshals of many parades in his convertibles, and telling a good story.

A memorial service for Pam and her husband Bob will be held at 11:00 am on Saturday, June 25, 2016 at the Lacon Congregational United Church of Christ with visitation one hour prior to the service. Ross Wyman will officiate. Online condolences can be left at lenzmemorialhome.com.

To send flowers to the family or plant a tree in memory of Robert Loy, please visit our floral store.

Please click here to view the video tribute
To send flowers to the family in memory of Robert Loy, please visit our flower store.